A pair of small ponies made a big difference to older tenants in Glasgow when they dropped in for a visit. 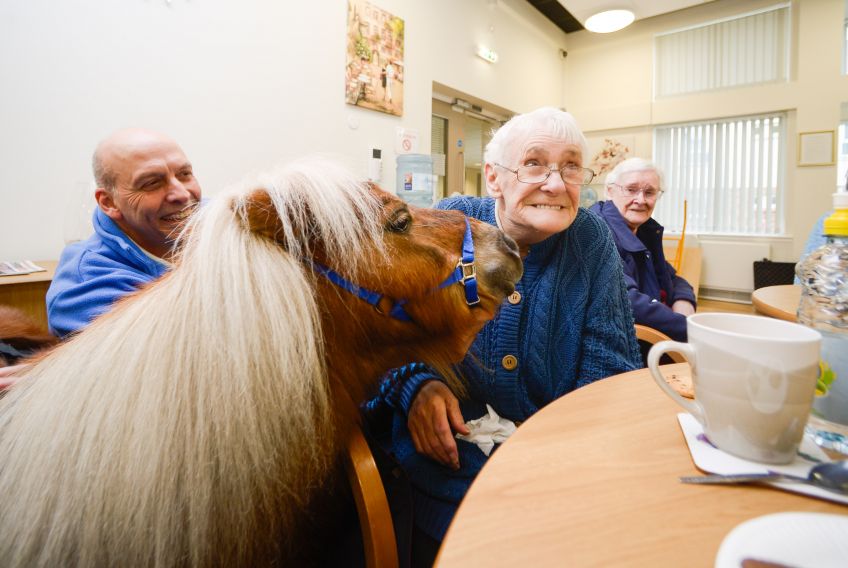 Therapy ponies Wilson and Eduardo put a smile on everyone’s faces when they visited GHA’s sheltered service in Marfield Street in Carntyne.

The duo were there as part of the service’s activities programme, which gives tenants the chance to get involved, socialise and enjoy themselves.

Tenant Sheila Lilley, 91, said the ponies had made her feel young again.

She said: “It was just like being a child. It was lovely just to stroke it. I like animals.

“It makes you feel young again. It was like a wean getting a toy, when you were clapping it and its wee face was coming in. They are lovely.”

The ponies came with their owners, John and Elaine Sangster from Therapy Ponies Scotland.

“Everyone had a smile on their face and Wilson and Eduardo brought so much joy to people here. We all had a cracking day”.