NETs staff come to the rescue

A tenant has praised GHA’s Environmental Wardens after they stopped a fire breaking out in her home. 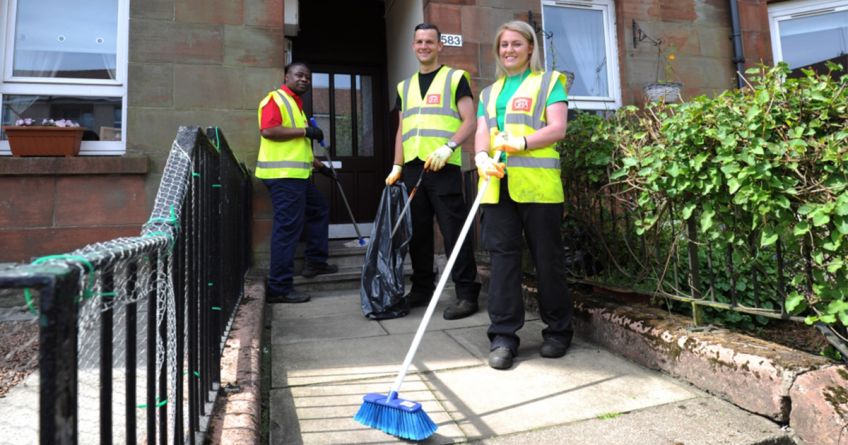 The Neighbourhood Environmental Team (NETs) was cleaning the stairs at Stronvar Drive, Scotstounhill, when a fire alarm sounded in the block.

GHA’s Robert Little, pictured below, had seen the tenant leave minutes earlier so he sprung into action and called 999.

Fire officers arrived soon after to put out the small fire in the kitchen.

Tenant Joanne said: “I was scared when I heard about the fire. I didn’t know how it had happened.

“I was shocked, but then thankful the wardens were there and for them calling the fire brigade.

“It could have been so much worse. I could have come back to something horrific.”

Robert, 49 from Royston, said: “We were cleaning the close and I saw the tenant go out. When I heard the fire alarm going off I was sure there would be no one at home.

“Straight away I could see the smoke coming from the kitchen. That’s when I realised something was wrong. I immediately phoned 999.

“The fire brigade arrived quickly and drilled the lock to get into the flat and put out the fire.

“It’s just part of the job. We’re always looking and listening to make sure tenants are safe in their homes.” Pictured at top of page: Some of GHA's NETs in action.