A GHA tenant who moved into a new community in the west of Glasgow says his new home has changed his life. 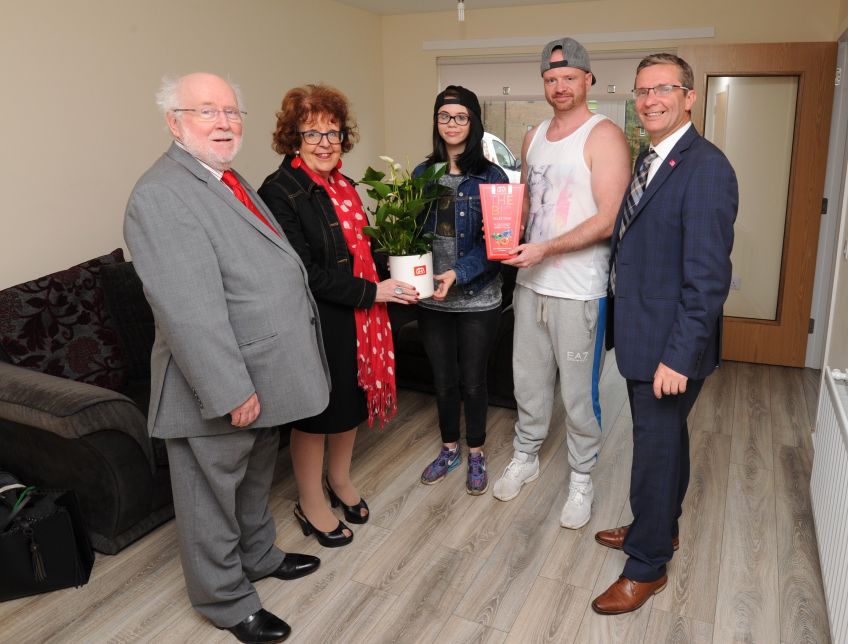 John Summers, 36, moved from Milton to his new home in Kingsway Gardens, Scotstoun, after the area received a £27.4million regeneration boost from GHA.

The huge investment in the community has seen:

“It’s the first time I’ve had a front and back garden, and it makes such a difference. The kids love it.

“Every time I open my blinds I get emotional. It’s amazing. I look out at the gardens and get overwhelmed.

“I wake up and I can hardly believe I’m living here. The kitchen and living room are a really good size, the neighbours are nice and friendly and it’s a good part of the city, with great transport links.”

The development, built by contractors McTaggart, is made up of 102 flats and 14 houses, with seven of the flats designed to wheelchair standard.

Councillor Redmond said: “It is no exaggeration to say that a new flat or house can change people’s lives.

“The new homes at Kingsway Court are a great example of the impact quality housing can make on individuals, families and the local community.

“I am delighted to launch these new homes, a fantastic addition to the many being built across Glasgow this year.”

GHA has also recently invested £16m on a major upgrade of the four remaining blocks at 30, 40, 50 and 60 Kingsway Court, including installing overcladding and glass balconies.

GHA’s local office will move from its current location at Anniesland Cross into the ground floor of 40 Kingsway Court later this year - bringing staff back into the heart of the community.

“GHA is transforming communities and improving people’s lives all over the city.

“The modern, spacious, energy-efficient homes also help tenants save on their fuel bills.”

McTaggart, as part of its contract with GHA, also provided training and employment opportunities for local people.

GHA is planning further environmental improvements on the site, including building a new perimeter wall and replacing fencing.