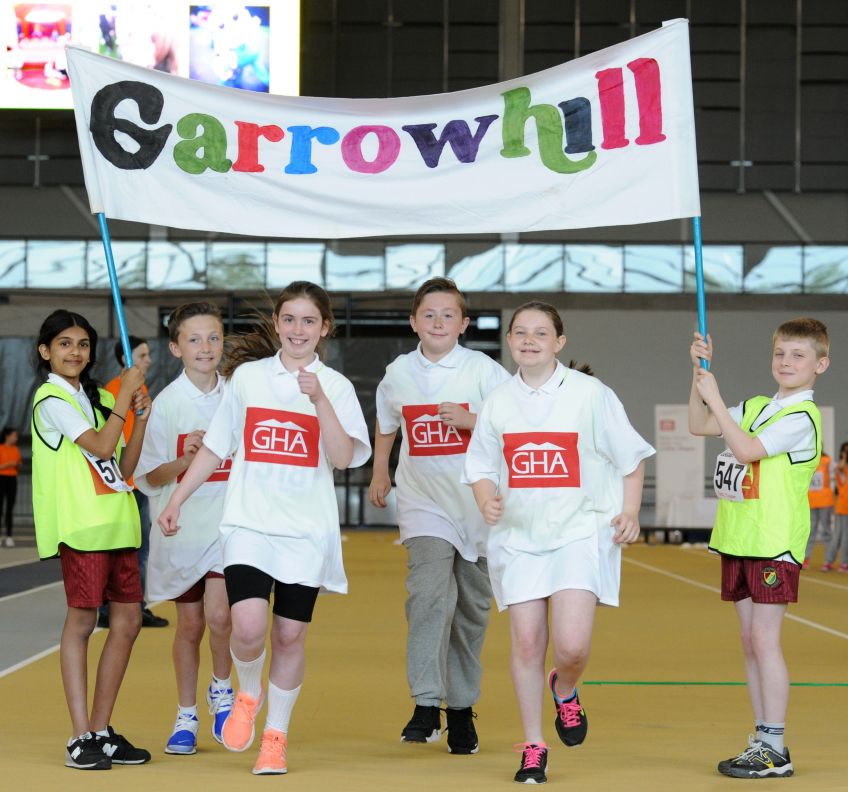 The FARE Legacy Games - previously known as the Mini Commonwealth Games - saw 27 teams of young people from 22 primary schools take part in a range of sports.

The event, held at the prestigious Emirates Arena, is now in its 13th year - but was renamed as a way to build a lasting legacy from the Games for young people in the city.

The Legacy Games are organised by the charity Family Action in Rogerfield and Easterhouse (FARE) as part of its work with young people in the East End, in partnership with GHA.

Young athletes competed in a range of events – including the 60m, long jump, javelin and shot putt – and had loads of fun into the bargain.

Jimmy Wilson, FARE Services Manager, said: “The Legacy Games are always a great way of helping integrate the young people before they move on to secondary school - but it’s also about them having a fun day regardless of sporting ability.

“Many of the young people have never been in the Emirates before - and it was really exciting that they were able to use this fantastic arena and make it their own.

“Who knows, we might have seen a future Commonwealth or Olympic athlete among the young people here.”

GHA’s Andy Ashcroft said: “We want to encourage young people in our communities to lead healthy lives and take part in sport.

“The Legacy Games are a great way of doing that - and of helping us build a lasting legacy from the 2014 Commonwealth Games.

“The young people who take part are always really enthusiastic and it’s a real tribute to the schools and to FARE that it is such a successful event.”

A total of 90 medals were presented on the day, including prizes for sportsmanship, and all the children who took part received a certificate of participation.

The overall prize was won by Garrowhill Primary School, while Sunnyside Primary won the Bob Holman Award for sportsmanship.