A community in the north east of Glasgow has been rated the first five-star GHA neighbourhood in the city. 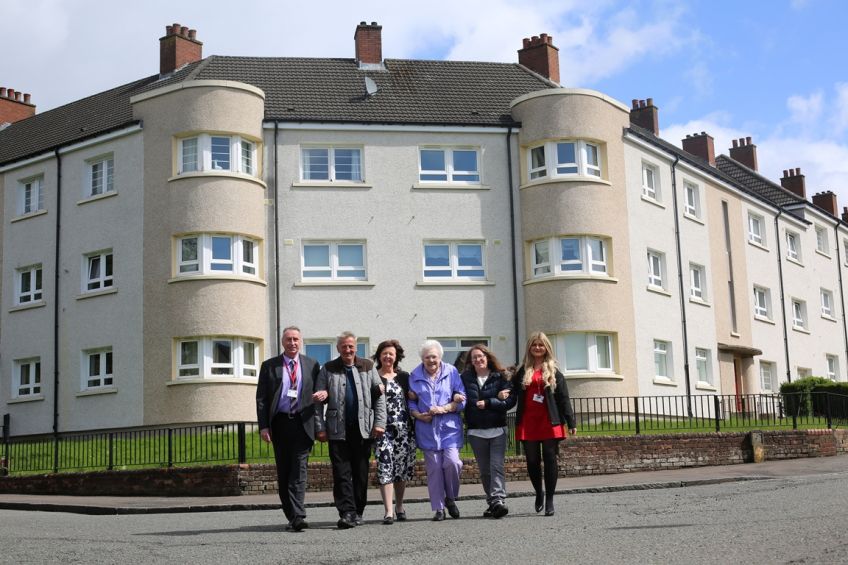 GHA’s partners at Keep Scotland Beautiful looked at foyers and landings, back courts and open spaces, among other things, at high-rise flats and tenements.

And the area scored so highly it earned Keep Scotland Beautiful’s prestigious five-star rating in its National Award for Environmental Excellence.

That’s the first five-star assessment in the city – which means the area is setting an example for other GHA communities to follow.

Pearl Murphy, 83, from Larchgrove Road, has lived in the area since the 1940s – and says she is proud to stay there. Pearl, a retired nurse, said: “To get a five-star review is really good going. I’ve always been proud of Larchgrove, but there’s been a vast improvement in the place.

“There used to be derelict land left to go to waste. Now, the back courts look great, with really nice fenced-off bin areas. Children can go out there and play. Staff are always here cutting the grass and picking up litter – they’ve really helped the area. It’s made a big difference.”

Maura McGregor, GHA’s Locality Director, said: “We’ve worked hard to make sure our area is somewhere tenants are proud of. To get the first five-star review from Keep Scotland Beautiful is the icing on the cake.”

GHA tenants and staff are working with Keep Scotland Beautiful to assess neighbourhoods – and then work out action plans to make areas even better.