Better homes, better lives, better keep it tight at the back and hit them on the break lads, yeah?

A TEAM of GHA footballers has been winning friends and building bridges on and off the park. 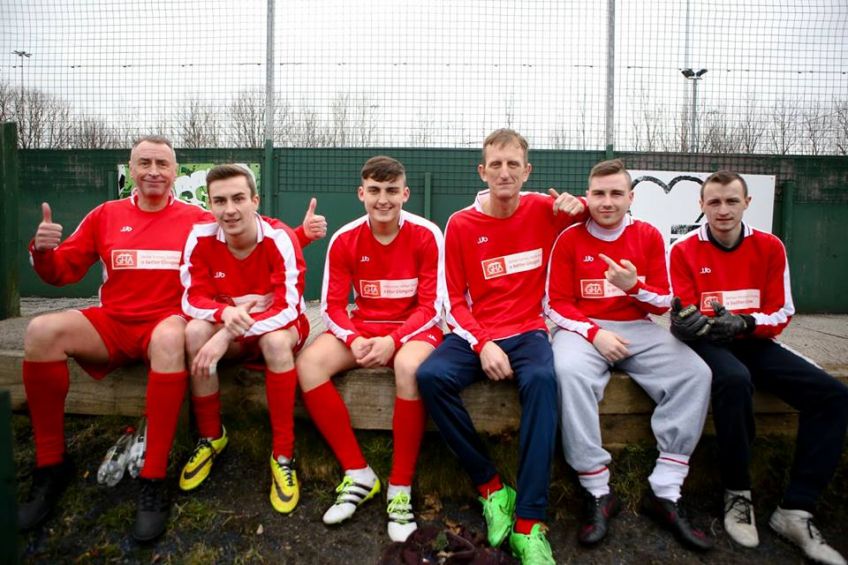 Staff based at GHA’s multi-storey site at Sandyhills in the north east of Glasgow organised a match between themselves and a group of Iraqis living in the block.

The game was a great way of bringing people in the community together – and the GHA lads won 9-4.

The guys kept up their winning streak – and their community spirit – at a tournament organised by Street Soccer at Townhead in Glasgow just a few days later.

The lads – supplemented by a couple of staff from GHA’s Shettleston depot – showed their fancy footwork yet again by winning nine games out of ten and finishing top of their group.

John O’Hara GHA Environmental Support Manager said: “Football is such an important way of engaging with the community.

“The match against our Iraqi friends was great fun – and we were delighted to take part in the Street Soccer tournament too.

“Sport is such a great way of breaking down barriers and bringing people together.”